We have a small apiary which guarantees the quality and the genuine origin of the honey that we offer to our customers. 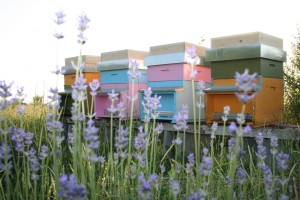 If interested , you can program visits of the apiary during the spring in order to discover the fascinating world of bees.

A bee on a flower …. this is a most classic wellknown image.. we are used to see many of them, but very often our knowledge of this wonderful insect stops here.
We shall follow then this bee up at home to know its life and discover its secrets . The bee is a social insect , and lives in a colony called beehive. Beekeeper offers bees , in exchange for their products , a house, the “ hive “ . The entrance of a beehive, the “sill” is like an airstrip welcoming the bees returning from the harvest. So let’s go with the imagination inside a hive.

Honeycomb: Hive life are the honeycombs. They are entirely constructed by the bees with wax, the subtance they secrete. They are arranged in a vertical position parallel one to oneanother and the distance between them is just the right space allowing the passage of two bees. 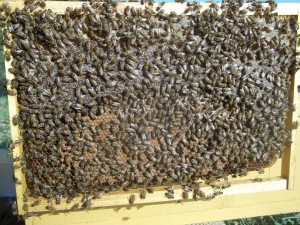 They consist of hundreds of hexagonal cells that serve to accommodate the eggs and larvae , brood , placed in the central part of the honeycomb , honey and pollen into the upper side while the queen bee is often to detect at the center of the honeycomb.
Let’s now meet in detail the members of this great family .

The queen bee : The queen is the only fertile female and is distinguished by the workers for the longer and more voluminous abdomen. iIs job is to lay eggs. It can live up to 4 or 5 years.

Drone :The drone is the male and does not have the sting . Its task is to fertilize the queen and lives about a season.

The worker bee :The working bee is a sterile female . In the hive , we can count a few tens of thousands. Its body is extremely versatile as accomplishing in its life every useful work in the hive. It lives about 40 days in the summer, survives the winter in bad weather .

The forager: from the 20th day until about the end of its short life the working bee will perform the most beautiful and hardest task : the foraging. As a matter of fact it has the task of collecting from outside every essential thing for the survival of the hive : water, nectar, pollen and propolis. The forager collects water from a water place built by the beekeeper. The nectar is ” sucked ” through the ligule from the chalice of the flowers in order to be stored in the “mellifera” bag and carried to the hive . The pollen is collected by the bee on the stamens , the male part of the flower , using the jaws. Then packaged and transported on the bristles of the hind legs called ” punnets .” The foragers collect on the leaves of plants, sugary secretions produced by certain species of insects. This is the honeydew. The foraging enters the hive with its precious load. Then it will look for the little cell to deposit pollen. There it will find the warehouse bee which yields the precious goods ( trophallaxis ) and then will be ready for a new journey.

Pollination : Among the bees and the flowers there is a symbiotic deal : in exchange for nectar and pollen the bees foster cross-pollination of plants. The foraging ends his life on the flowers , thousands of flights to give us a drop of honey . 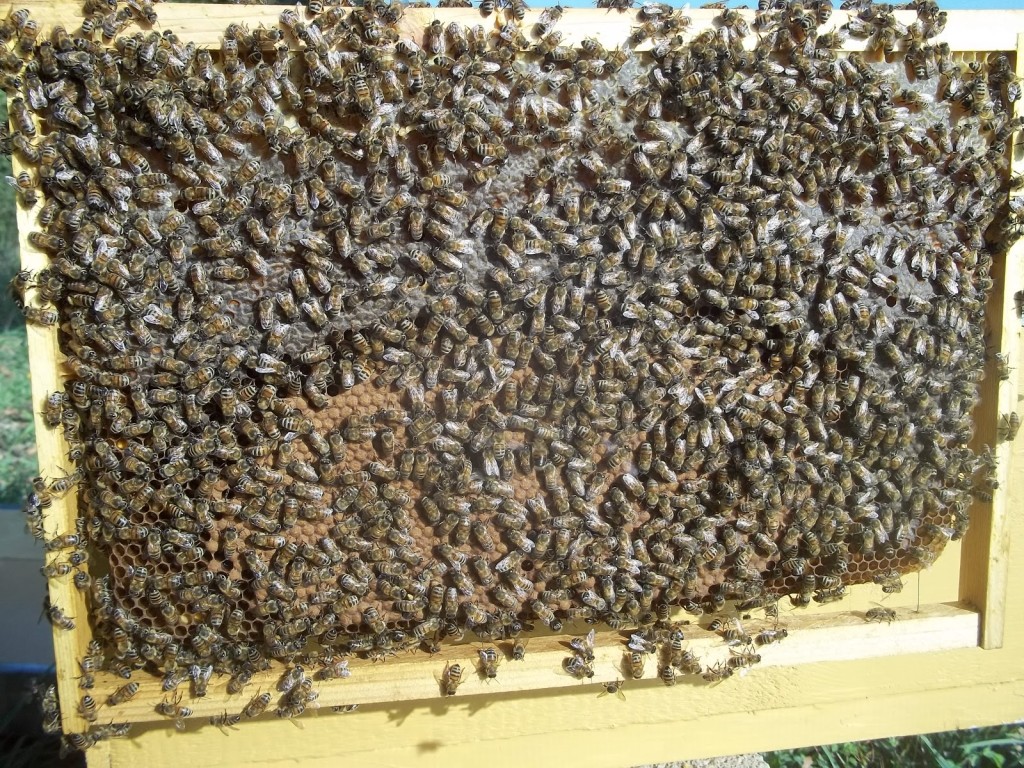 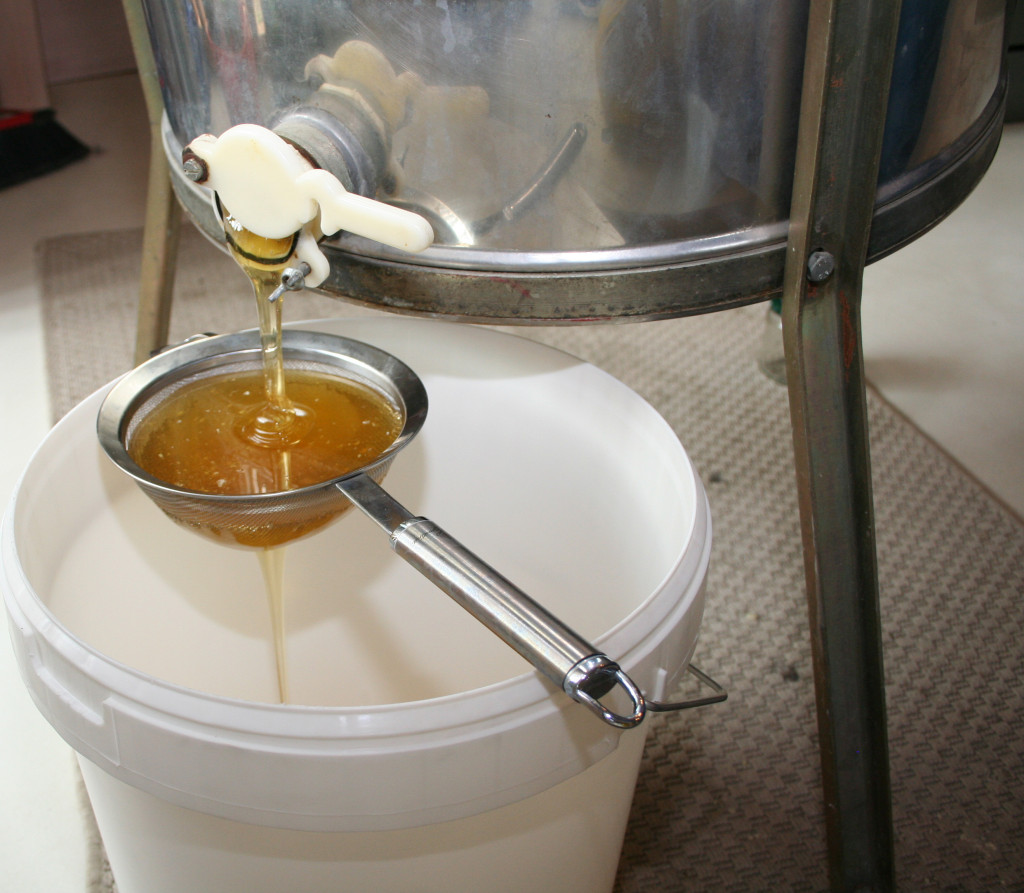 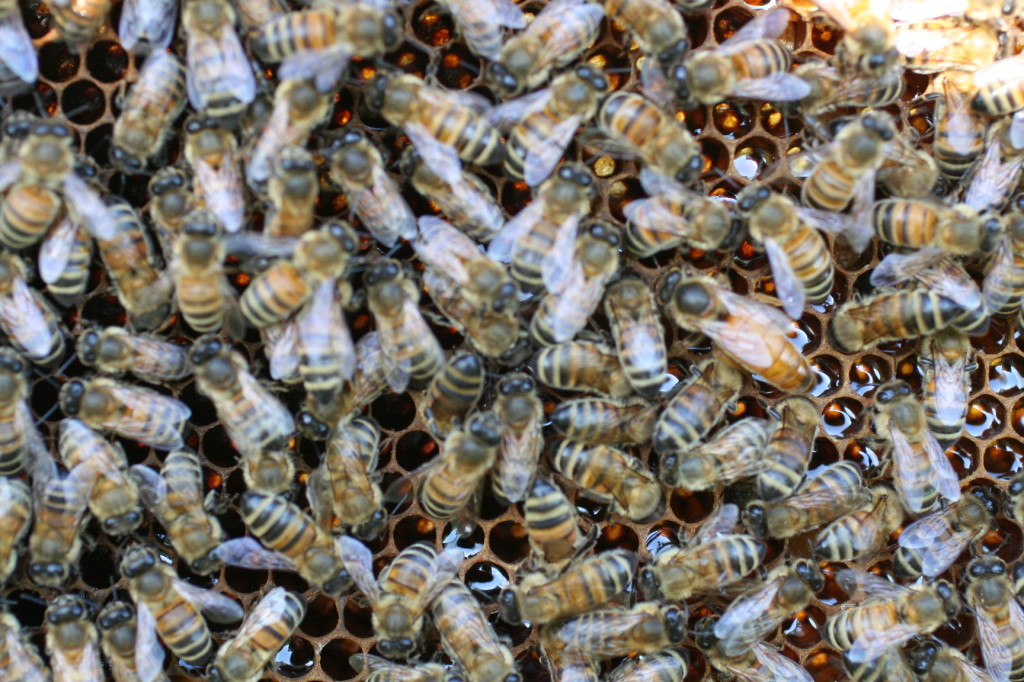 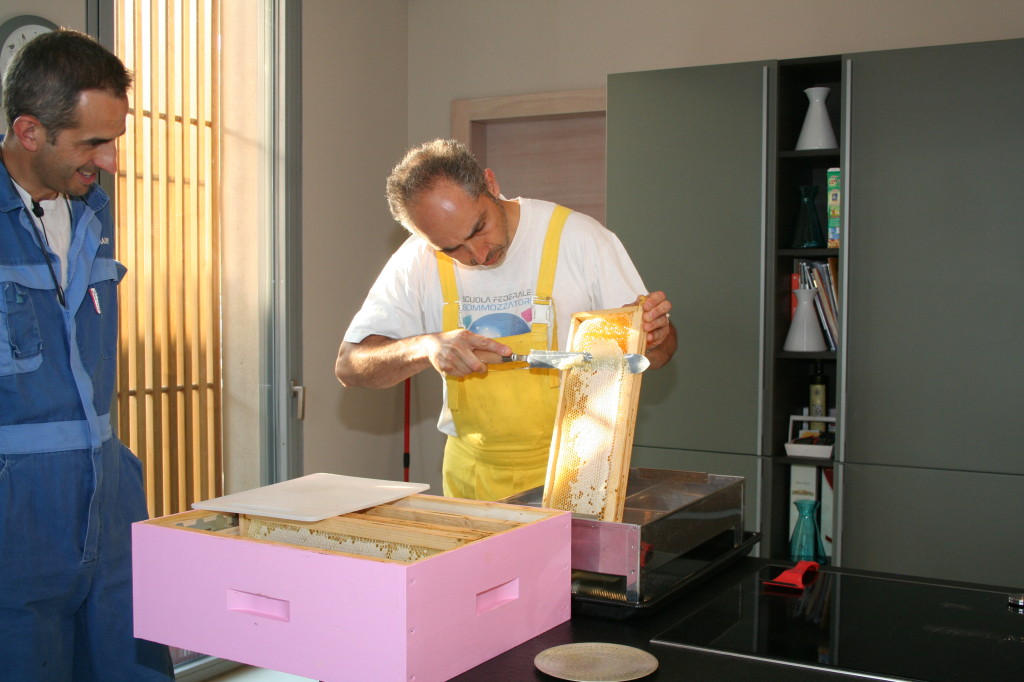 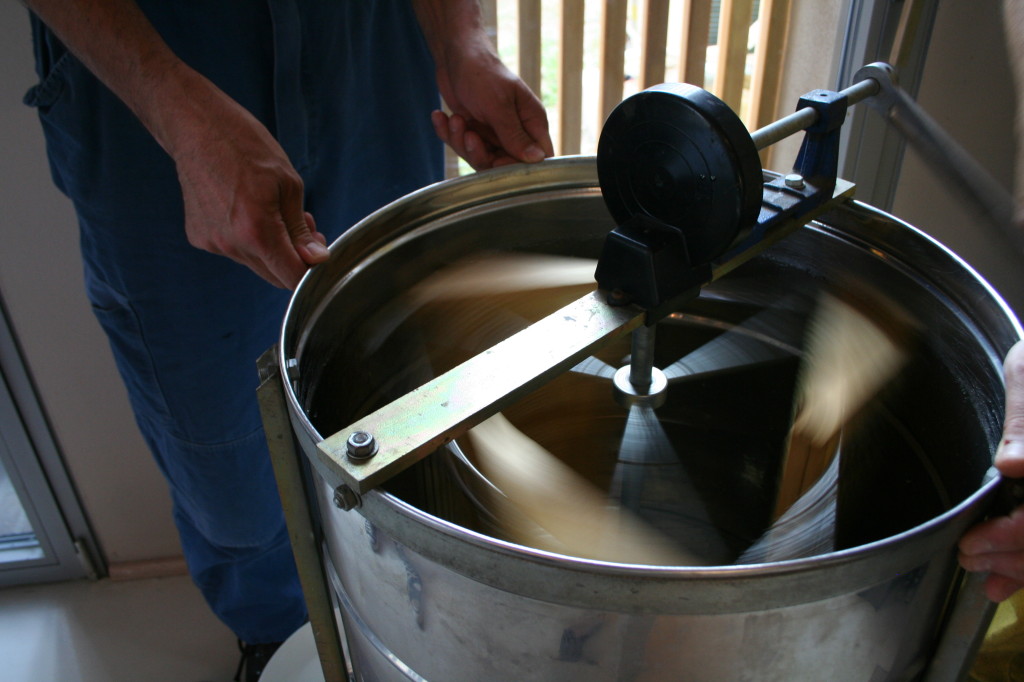 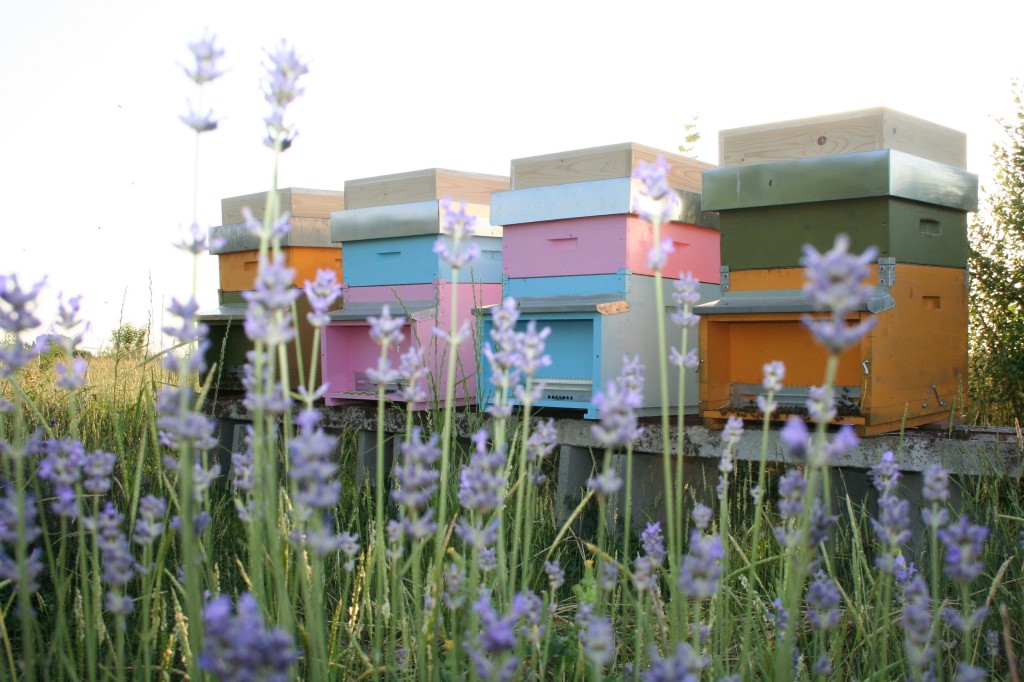